As I was running in today, I was watching my Smartcraft gauges and it became even clearer that I partner with the absolute leaders in the boating industry – Yar-Craft Boats & Mercury Marine. Just so happens one of YarCraft’s tag lines is #TotalPerformance and Mercury’s is #GoBoldy and both for great reason.

If I was asked once, I was asked a hundred times during this past show season as folks admired my 219TFX… how “BAD” was that 400-hp Verado gonna drink fuel? I always answered, “The Yarcraft’s hull is very efficient and since I’ve never had a 400-hp on one, only time will tell. However, I’m betting Mercury has our backs on this.”

It was then I’d reflect back and tell the story about two old Chevy farm trucks we had when I was a kid. One with a 307 and the other with a 454, well that ole 454 got at least 3X the mileage of that gas guzzling 307!

Case in point, here are a few Smartcraft screen shots of my GPH (gallons per hour) & speedo which ranges from a sweet spot cruising speed to a safe speed for the conditions. I think I’m all good with the fuel economy 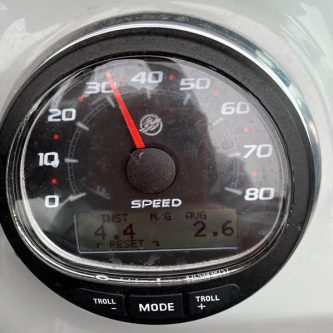 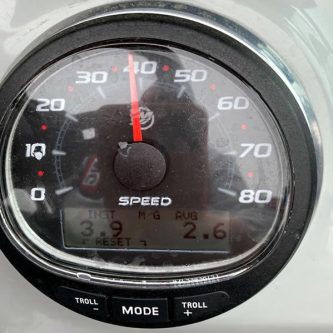 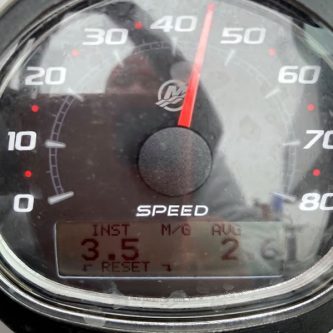 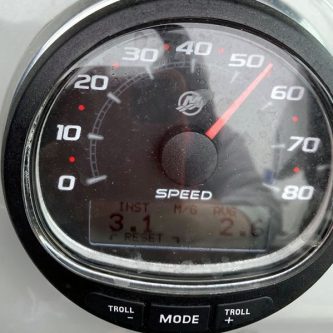 We're MOBILE to give you the home field advantage!

Our tournament & charter boat is on wheels – so we launch where the hot bite is located. What’s the advantage? NO long boat rides & maximum FISHING TIME!